A nice surprise for the Centers team was to see the publication in collaboration with the staff on the front cover of “Journal of Physical Chemistry B”. 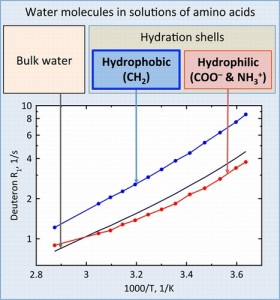 Hydration phenomena play a very important role in various processes, in particular in biological systems. Water molecules in aqueous solutions of organic compounds can be distributed among the following substructures: (i) hydration shells of hydrophilic functional groups of molecules, (ii) water in the environment of nonpolar moieties, and (iii) bulk water. Up to now, the values of hydration parameters suggested for the description of various solutions of organic compounds were not thoroughly analyzed in the aspect of the consideration of the total molecular composition. The temperature and concentration dependences of relaxation rates of water deuterons were studied in a wide range of concentration and temperature in aqueous (D2O) solutions of a set of ω-amino acids.
Assuming the coordination number of the CH2 group equal to 7, which was determined from quantum-chemical calculations, it was found that the rotational correlation times of water molecules near the methylene group is 1.5−2 times greater than one for pure water. The average rotational mobility of water molecules in the hydration shells of hydrophilic groups of ω-amino acids is a bit slower than that in pure solvent at temperatures higher that 60 °C, but at lower temperatures, it is 0.8−1.0 of values of correlation times for bulk water. The technique suggested provides the basis
for the characterization of different hydrophobic and hydrophilic species in the convenient terms of the rotational correlation times for the nearest water molecules. 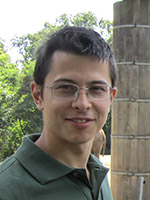 Sebastian Rabdano has quit our Center. We wish him all the best at his new job!

A. Gurinov | Comments Off on One less | Tags: Rabdano
Conferences

Our contribution to the 10th Anniversary of the Winter School conference Spinus 2013: 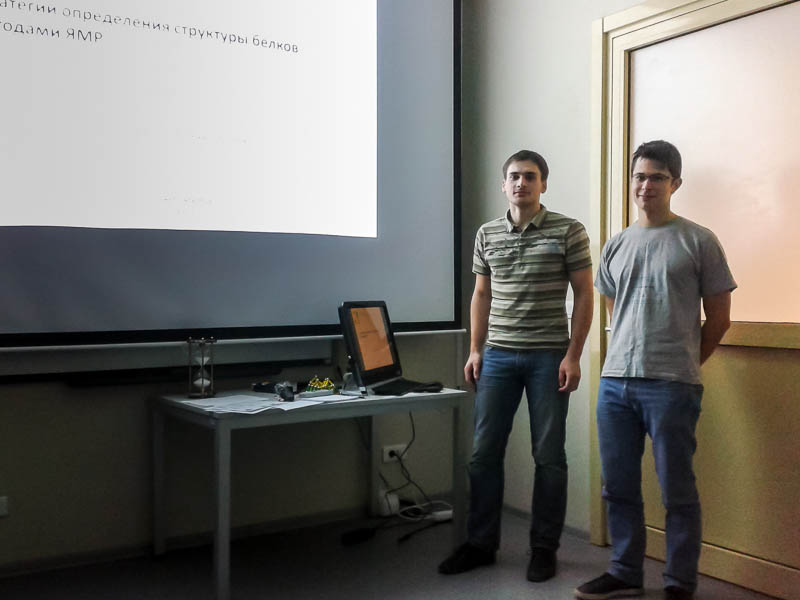 Mikhail Vovk and Sevastyan Rabdano presented a talk about strategies for protein structure determination by NMR. 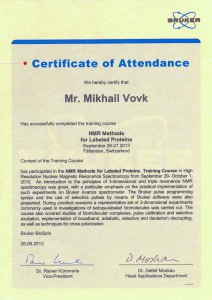 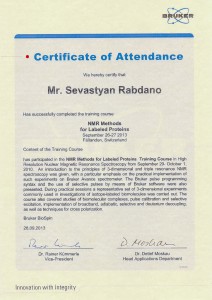 Employees of the Center for Magnetic Resonance Mikhail Vovk and Sevastyan Rabdano have completed the training course “NMR methods for labeled proteins” in Bruker, Switzerland, and got certificates.

The Center’s employees took part in the «Euromar-2013»: 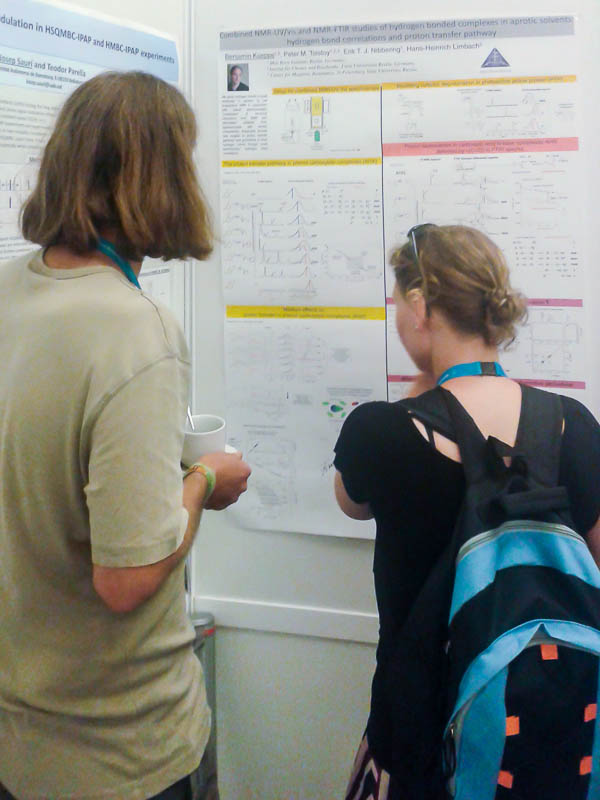 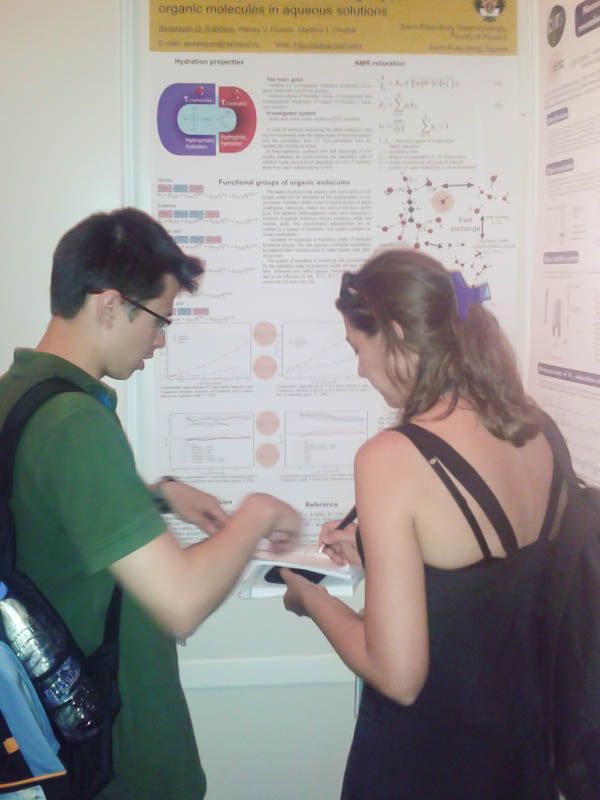 Juan Miguel Lopez del Amo presented a poster on the study of the properties of lithium complexes (potential joint project between CIC Energuiune and our Center). 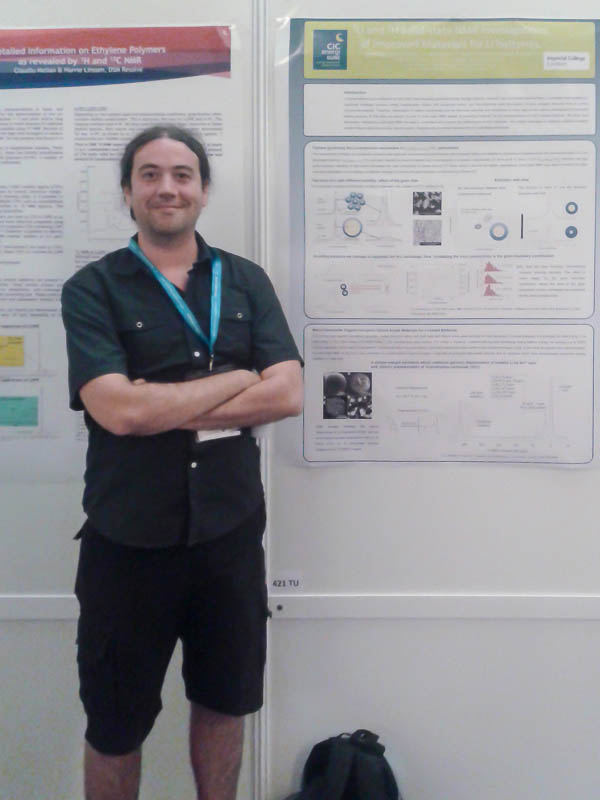 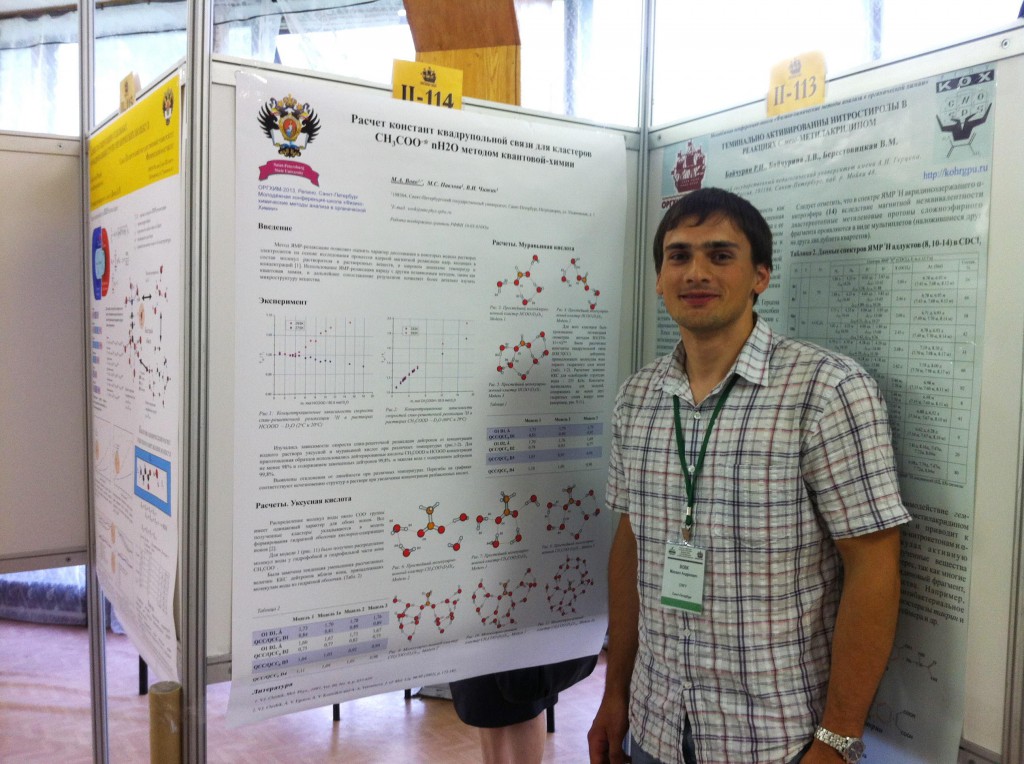 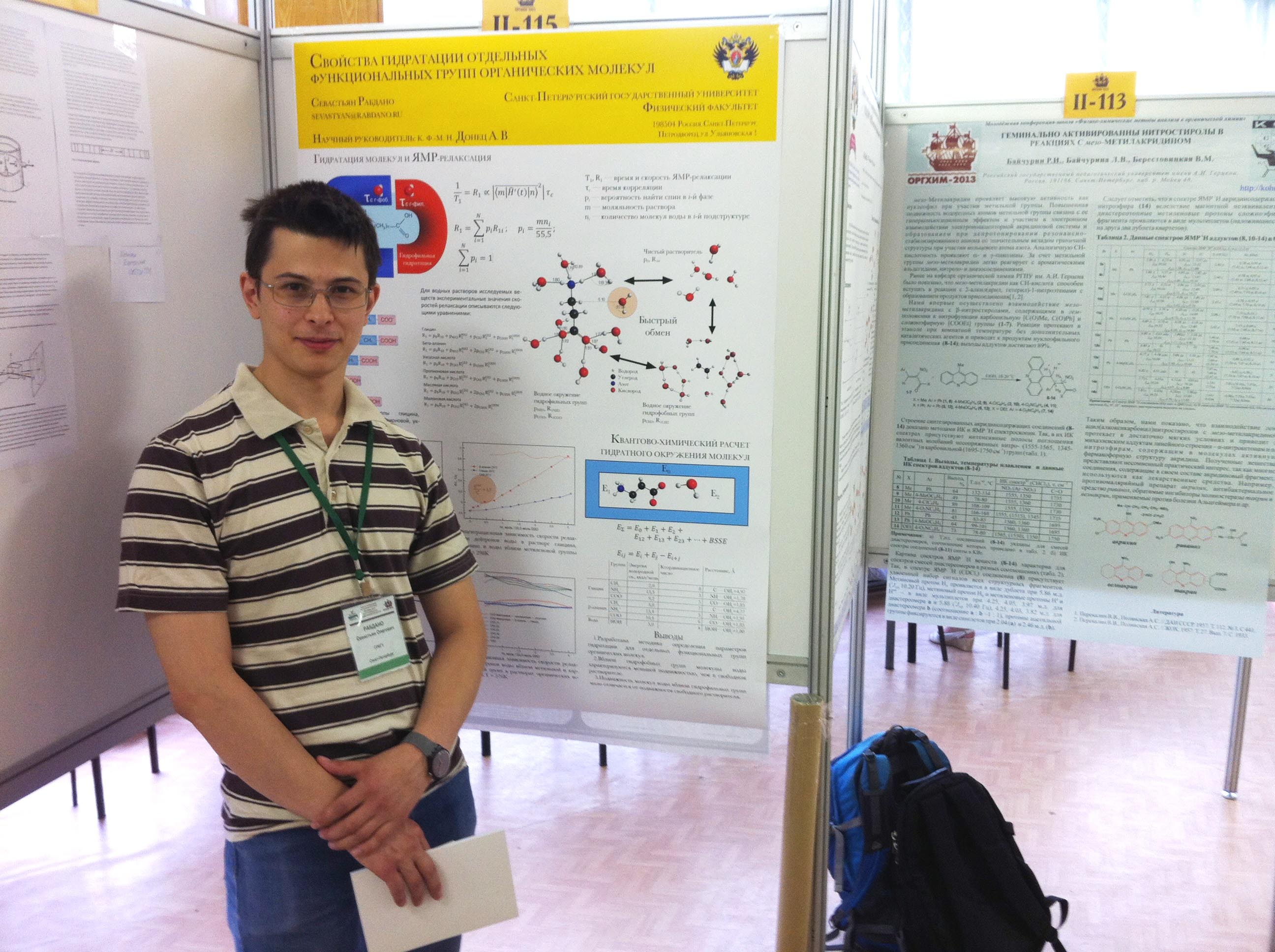 Sevastian Rabdano presented a talk about properties of hydration of functional groups of amino acids by NMR relaxation and quantum-chemical calculations.

A. Gurinov | Comments Off on Internal seminar 24.04 | Tags: Rabdano
Process

Getting the first magnet out of the box 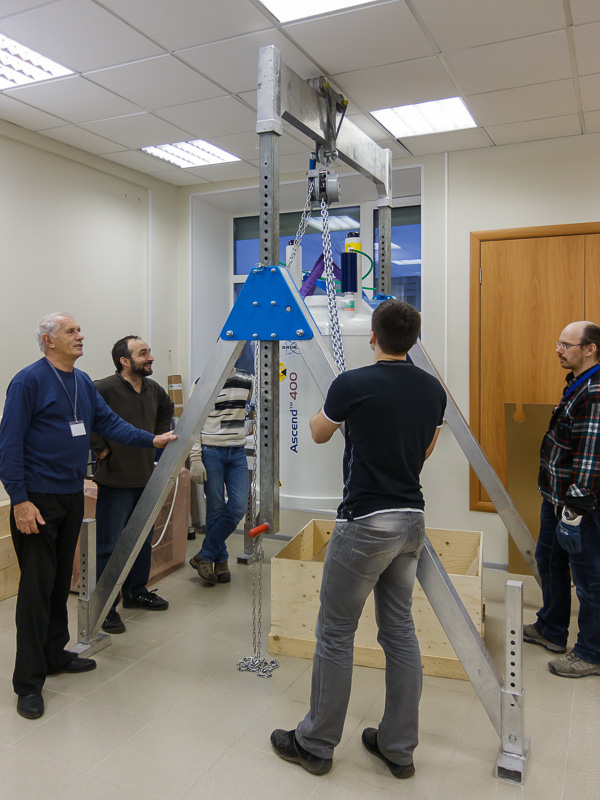 A. Gurinov | Comments Off on Getting the first magnet out of the box | Tags: Avance 400, Gindin, Ivanov, Rabdano, Vovk